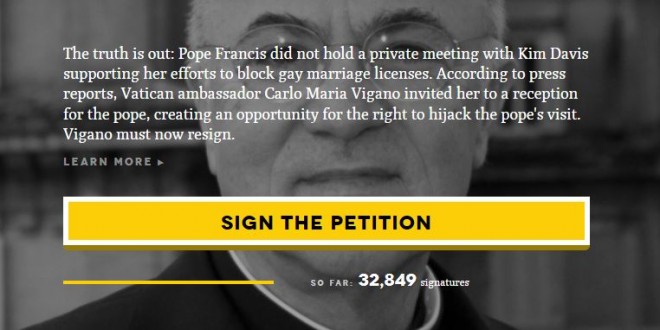 Petition To Pope Francis: Fire The US Papal Nuncio

The pro-LGBT group Faithful America has posted a petition to Pope Francis which calls for firing Archbishop Carlo Maria Vigano for his role in embarrassing the Vatican in the Kim Davis debacle. Vigano is the papal nuncio, the Vatican’s diplomatic representative in the United States. Earlier this year Vigano attended NOM’s hate march in Washington DC, much to the glee of anti-gay groups. See the petition here.