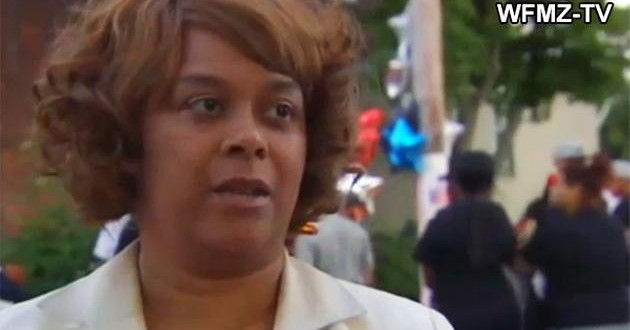 Back in 2013, Montgomery County Register of Deeds D. Bruce Hanes became a hero to the LGBT movement when he briefly issued same-sex marriage licenses until a court ordered him to stop. Hanes is running for reelection and his GOP opponent, Sharon Valentine-Hanes, has declared that if elected she will obey God and defy SCOTUS on Obergefell. Via the Norristown Times Herald:

“I am opposed to gay marriages on religious grounds, and my conscience will not allow me to sign off on marriage certificates for gay couples,” Thomas, an ordained minister who is serving her second nonconsecutive term as Pottstown’s mayor, told The Intelligencer. “People should not have to violate their conscience to run or to serve.” Thomas said, “I am not an obstructionist and will not force my values on others.” Thomas also told the newspaper that while her position on same sex marriage is no secret, she has not campaigned on it because she did not want the campaign “to get bogged down” in one issue. Nevertheless, her position was picked up by the Associated Press and subsequently seized upon by the Montgomery County Democrats, who would apparently very much like to turn it into a campaign issue.