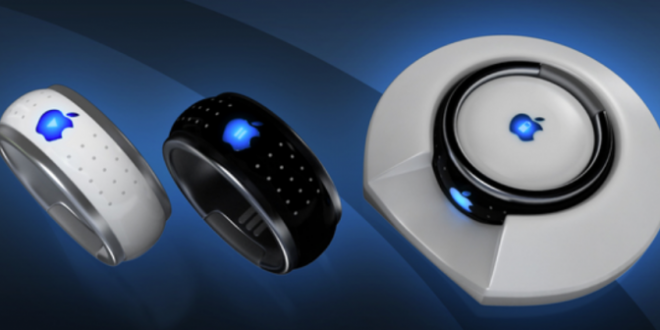 Apple has filed a patent application for a smart ring. As in on your finger. For real. Techworm reports:

Apple has designed a smart ring, which could be the next piece of wearable tech from the Apple Watch maker. The patent application known as “Devices and methods for a ring computing device” published by the U.S. Patent and Trademark Office on Thursday, discloses that it carries the description of an advanced ring-style wearable that will depend on a number of inputs such as voice, motion and touch input in order for the user to control and interact wirelessly with other computing devices. This “Apple ring” would be packed with a rechargeable power source, such as a battery. The patent in many ways reads more like an overview of an Apple Watch but in miniature form, or those that could be added to the Watch in the future. It explains that when worn on an index finger, one could conceivably operate the ring’s touch sensitive surface with a thumb. However, to make things easier, the document also describes a mechanism similar to Apple Watch’s Digital Crown. Another option of built-in accelerometer and gyroscope modules are provided to accept gesture input with enough precision to facilitate handwriting capture.

Previous NEW HAMPSHIRE: Democratic Gov. Maggie Hassan Announces 2016 Bid For US Senate
Next FLORIDA: Libertarian Who Sacrificed A Goat & Drank Its Blood Is Running For US Senate [VIDEO]