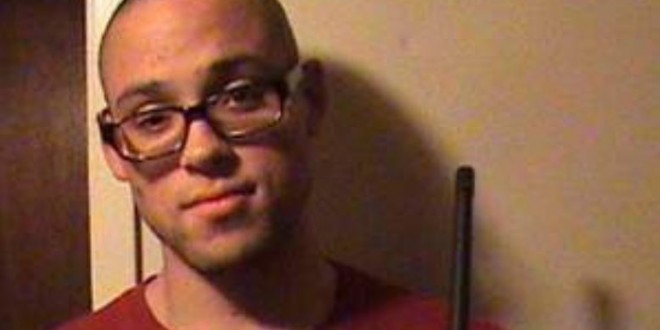 Authorities have identified the Oregon shooter as 26 year-old Chris Harper Mercer, who was not a student at the college. In an online dating profile Mercer reportedly described himself as a mixed-race “conservative Republican” who was “not religious, but spiritual.” Shortly after the August on-camera murder of two Virginia journalists, Mercer wrote a blog post in which he expressed admiration for the killer. From that blog post:

“I have noticed that so many people like him are all alone and unknown, yet when they spill a little blood, the whole world knows who they are. A man who was known by no one, is now known by everyone. His face splashed across every screen, his name across the lips of every person on the planet, all in the course of one day. Seems the more people you kill, the more your’re in the limelight. Sorry if this seems a bit disjointed, but these are just my thoughts on the matter. I thought I’d post this seeing as how my last blog post generated some good comments. Also, if anyone gets the chance, go on youtube and see the footage of him shooting those people. It’s a short video but good nonetheless. Will post more later.’

Below is his full profile from the dating site Spiritual Passions. Previous Liberty Counsel: Kentucky Gov. Steve Beshear Has Nothing Left But “Childish Name-Calling”
Next BREAKING: Vatican Distances Pope Francis From Kim Davis, “Meeting Should Not Be Seen As Support”