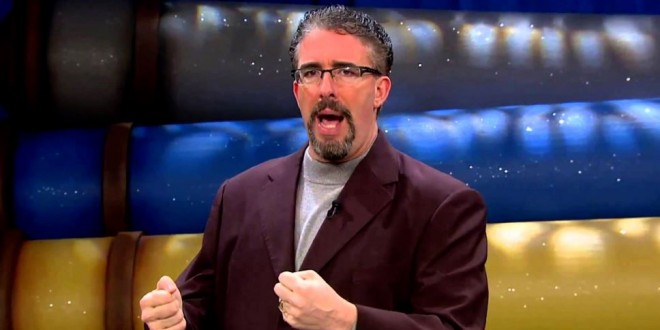 “MAJOR ALERT: I have just been informed of a major plan by the extreme left, that has the support over 100 House members and numerous Senators, that if passed would make it a crime for churches and ministers to publicly say the gay lifestyle is a sin, or not allow them to use your church for their own meetings. It would become a crime and the Justice Department would investigate the allegations of ‘discrimination’, and if the church or minister is ‘guilty’ leveling fines, or if need be incarcerating the leaders.

“The majority of the politicians among these church haters that are intolerant to traditional religious beliefs happen to be with linked with the ‘donkey party,’ and most have no liking for conservative Christians and will use the law to ‘Silence the religious right,’ as they call it. We will soon find out within the ‘church’ who is on the Lord’s side of the Scriptures and who is ‘halting between two opinions.’

“It is the days of Elijah all over again, where the Spirit of Jezebel is after the heads (voices) of the men of God. There is serious government persecution coming to all who stand for truth, and when the ‘left’ becomes violent, as did the men of Sodom against Lot, threatening to rape him for his rebuke of their iniquity, God will change the game and the United States hedge will be removed and catastrophic natural disasters will be unleased [sic]. Please mark this day, this post and repost to as many as possible.

“We must pray for God’s Word to always prevail. Also, a UK report from scientists stated that in the future the earth in in danger of a catastrophic meteor shower! Hummm – I recall Jesus predicting the ‘stars falling from heaven and the powers of heaven being shaken.’ Sounds like the last days!” – Televangelist Perry Stone, in a Facebook post that has been shared more than 15,000 times.