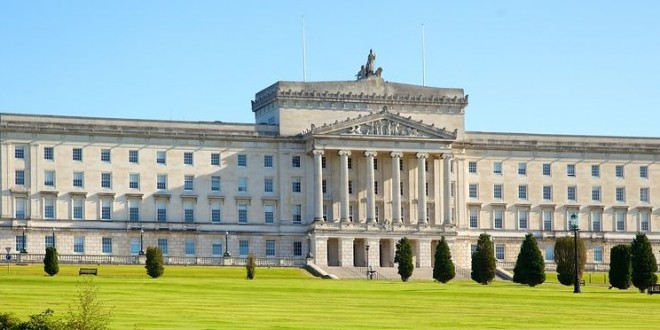 Northern Ireland’s Assembly has rejected same-sex marriage four times since the 2011 election. Sometime in the coming weeks they will vote yet again. Pink News reports:

Sinn Féin has uged all SDLP members to support a measure to legalise same-sex marriage. Northern Ireland has been criticised for being the only major territory in the UK not to have equal marriage after Scotland, England and Wales passed it in 2013. The last time Stormont voted on the issue was in April this year, when it was defeated by 49 votes to 47. SDLP MLAs were criticised at the time for not turning up to the close ballot. Sinn Féin’s Grace McDermott called on MLA Joe Byrne in particular to vote on the measure. She said: “Politicians have a duty to stand up for everyone and Sinn Féin has been to the fore in supporting marriage equality. We have brought a motion four times now but unfortunately it has not been passed,” Mrs McDermott said.

Sinn Fein and the SDLP, which together hold 43 out of 108 seats, will likely put forward the motion next week. Sinn Fein was an ardent supporter of Ireland’s same-sex marriage public referendum.