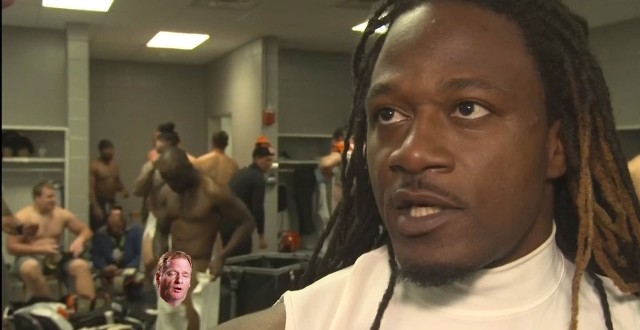 Bengals in the buff! The NFL Network accidentally showed naked Cincinnati Bengals players during a postgame locker room interview with the team’s defensive back Adam Jones this past Sunday, Oct. 18. The reporter, Albert Breer — who, like many of his football colleagues, is accustomed to locker room nudity — seemed unfazed by the naked players in the background. Instead, his focus was on his Q&A with the veteran team player. Meanwhile, some of Jones’ teammates were filmed with their butts facing the camera, and others appeared entirely full-frontal naked. The camera man attempted to focus the camera on Jones, but still couldn’t zoom away from the stripped-down players in the background.

If there’s full-frontal here, I’m not seeing it.