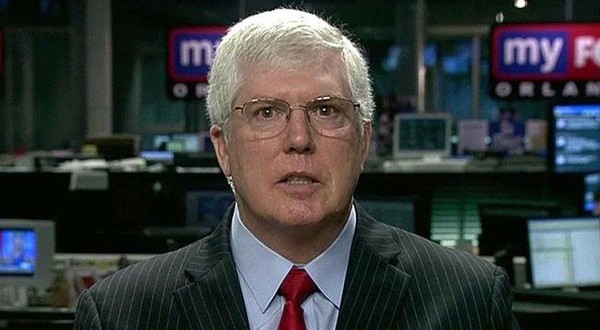 He just doesn’t fucking know when to stop:

“Neither Kim Davis nor Liberty Counsel ever said the meeting was an endorsement of her legal case. Rather, the meeting was a pastoral meeting to encourage Kim Davis in which Pope Francis thanked her for her courage and told her to ‘Stay strong.’ His words and actions support the universal human right to conscientious objection. That statement by Reueters [sic] citing a ‘senior Vatican official, who delined to be named,’ is false. There was no line of people before, near, or around Kim Davis. Had Kim Davis been in a line of people or been seen by anyone outside of Vatican personnel, we would not have been able to keep her visit secret. Kim’s face is easily recognizable. When we walk through airports as large as LaGuardia, Philadelpia, and Reagan, people recognize her and give her encouragement. This was a private meeting with no other people except for the Pope and select Vatican personnel.

During his visit to the United States, Pope Francis spoke several times about religious freedom. On the Papal plane, the reporters who traveled with him collectively prepared a series of questions they asked the Pontiff. One such question was about issuing marriage licenses and the right of conscientious objection for government officials. Without addressing specifics of any case, Pope Francis said that conscientious objection is a human right of everyone, including government officials. By the time he made that statement, he had already met with Kim Davis and told her to ‘stay strong.’ “Pope Francis was not weighing in on particular facts of a legal case, but his statements about religious freedom and his encouragement to Kim Davis to ‘stay strong’ during a private meeting reaffirm the human right to conscientious objection. This is a right for everyone.”

Staver further claims that Vatican staffers photographed this alleged “private meeting.” Quite mysteriously nobody has seen those photos. But today’s Liberty Counsel press release DOES come with this photo.