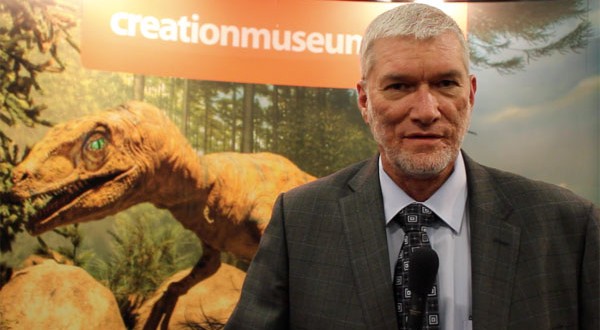 Ken Ham: If We Let Gay People Get Married, We Might As Well Stop Wearing Clothes [AUDIO]

“The doctrine of marriage is based there upon the literal history of Genesis But if that history is not true, if there was no literal Adam and Eve, then what is marriage, why is it to be a man and a woman? It’s only a man and a woman because God invented marriage, and he invented marriage when he made the first marriage, Adam and Eve.  The origin of clothing is right there in Genesis so if you abandon Genesis’ literal history of marriage and say marriage can be two men or two women or whatever you want, well why not abandon clothing?” – Creationist loon Ken Ham, speaking on Christian radio.