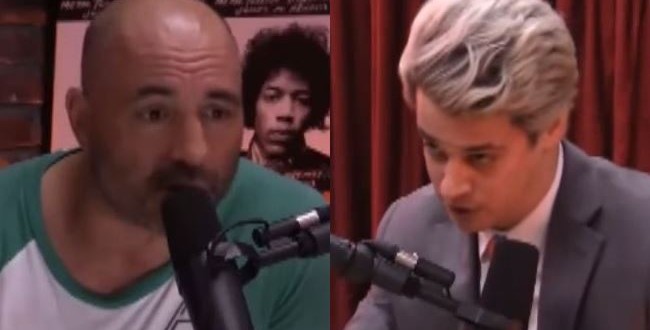 Nutjob homocon misogynist and Breitbart columnist Milo Yiannopoulos appeared on Joe Rogan’s show this week where he declared that he would take a hypothetical pill to make him straight, even though it would likely be “career suicide.” More from Raw Story:

“Everywhere that doesn’t have a strong Christian heritage is a f*cked up place with bad morals,” Yiannopoulos asserted. “That’s a ridiculous statement,” Rogan shot back. “That’s a ridiculous statement. Everywhere that doesn’t have Judeo-Christian values is a f*cked up place?” Yiannopoulos insisted describing Christian culture in the United States and Europe as “better” than the rest of the world was accurate. “I think it is uncontroversial to say so.” “Ultimately, our sense of right and wrong comes from the Bible,” he added, after being questioned again by Rogan. “If you think that the only way for a person to have ethics or an understanding of each other or compassion for each other is to rely on ancient myths that are easily scientifically disproven – well, that’s what Christianity is,” Rogan said. Yiannopoulos acknowledge that some sense of right and wrong might have a biological origin, but insisted that most of the values of Western culture were derived from Christianity.

And it goes further downhill from there. Watch the whole thing.