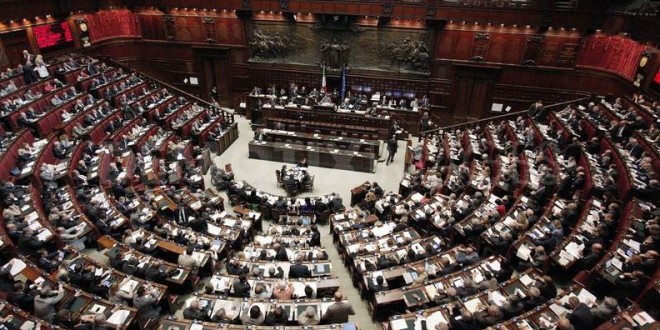 Italy’s long-awaited civil unions bill was at last introduced today in the upper chamber of the national legislature. Reuters reports:

Italy is the only major country in the West that has not yet offered homosexual couples any legal rights as successive governments ran into determined opposition from parties close to the Roman Catholic Church. Prime Minister Matteo Renzi had promised that a bill allowing civil unions would become law this year, but that looks highly unlikely, with his main coalition partner, a small centre-right group, fiercely opposed to the project.

However, looking to speed up the process, the government on Wednesday briefly presented its bill to the upper house Senate, a move which could open the way for its approval in early 2016. “We are finally here with a civil union bill that is very strong,” said Senator Monica Cirinna, author of the text. “It is not exactly equal to other marriages, which I would have preferred, but it is a bill that recognises all social rights,” she told Reuters. While stopping short of sanctioning full gay marriages, the legislation offers some of the benefits enjoyed by married couples, such as a share of a deceased partner’s pension and automatic inheritance.

The bill is expected to pass easily once it finally gets a vote. But expect shenanigans until then.