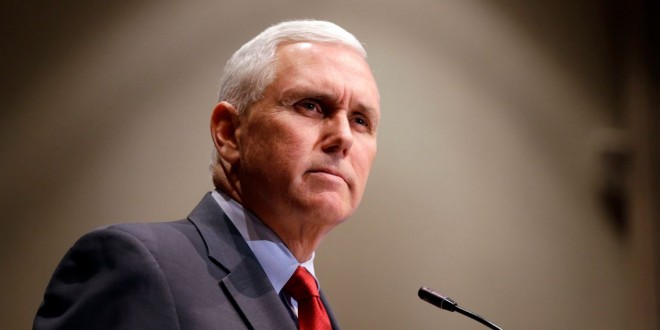 Indiana Gov. Mike Pence has reportedly had meetings about a proposed LGBT rights bill similar to the so-called “Utah compromise” – in other words, there would be protections in housing and employment but none in public accommodations. Via the Indianapolis ABC affiliate:

“I think whatever issues come up in the next General Assembly, they’ll be considered on their merits,” Pence said. “But we’re always going to stay focused on attracting investment that’ll make it possible for more good-paying jobs in Indiana.” The meetings come as independent efforts for statewide protections for LGBT Hoosiers ramp up. A source close to those meetings said the governor has reportedly been discussing what’s known as the “Utah Compromise” – a Utah law that prohibits discrimination in housing and employment on the basis of sexual orientation and gender identity, but doesn’t create a special class for other purposes.

Indiana business leaders are not happy. Via the Indianapolis Star:

The “Utah compromise” was hailed by some as a groundbreaking balance of religious liberty and LGBT rights. But now, as Indiana Republican leaders examine whether such a policy could be introduced here, business leaders are roundly rejecting the concept. It’s too late, they say, for that kind of compromise to work in Indiana. “After RFRA,” said former Angie’s List chief Bill Oesterle, “that’s a horrible half-solution.” Legislation modeled after the Utah law, he said, would be “completely unpalatable to me.” And lawmakers, he added, would be naive to think those weaker laws would be enough to repair the state’s battered reputation. He, and others including Eli Lilly & Co. and the NCAA, say they want stronger protections of LGBT rights than the Utah compromise afforded — including in businesses open to the public.