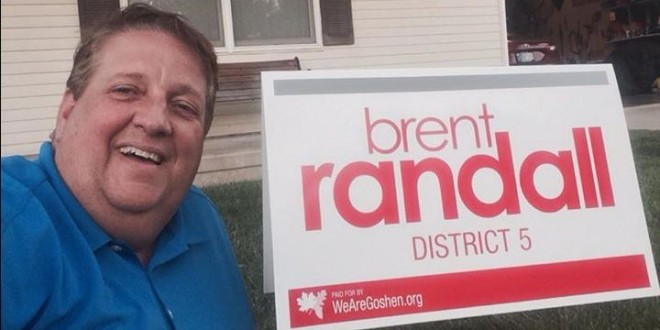 Brent Randall doesn’t want LGBT protections added to the civil rights ordinance of his Indiana town, where he is running for city council as a Republican. And as these things so often go, Randall has been outed for having a profile on Adam4Adam. The Terre Haute Tribune Star reports:

“He is the same person today as he was yesterday and is the right person to serve on City Council representing District 5,” said Goshen Republican mayoral candidate Mary Cripe Friday afternoon. “We are deeply saddened to see someone’s private personal life be exposed, by no choice of his own, for what can only appear to be political motivations. His entire life is turned upside down. Our only hope is that this is not some type of political tactic by the opposing party, as we all signed the Fair Campaign Pledge.”

According to Randall, state law already protects LGBT citizens from discrimination. As you and Gov. Mike Pence know very well, Indiana has no such law.