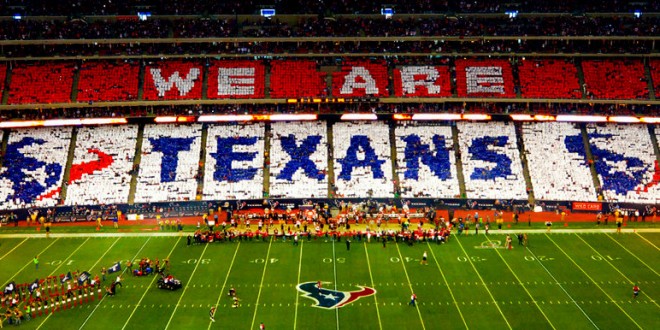 Yesterday news broke that Houston Texans owner Bob McNair has written a $10,000 check to the viciously anti-gay coalition that has placed a repeal of Houston’s LGBT rights ordinance on the November ballot. JMG reader Andrew wrote a complaining letter to the team and this is the response he got back:

“Our team Founder, Chairman and CEO, Bob McNair made a personal contribution relative to the HERO issue. Mr. McNair’s rationale for his personal opposition to the HERO issue is based on the way the current ordinance is written, it has begun to separate rather than unite our community. He believes this problem can be solved by defeating the current bill in November, thoughtfully rewriting it and then resubmitting it to voters for approval.

“The Houston Texans as an organization are neutral to the Houston Equal Rights Ordinance (HERO) and believe that the issue should be decided by Houston voters. We encourage Houston residents to study the issue and vote their conscience on November 3rd. We appreciate your email and would like to thank you for your continued support. Thank you & Go Texans, Houston Texans.”

This is quite unbelievable in light of the lip service the NFL has recently given to LGBT rights, particularly when Michael Sam was first in the news. It’s time to step this up to the corporate sponsors of the team.