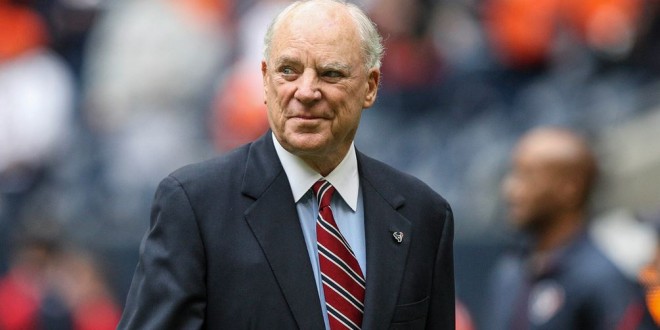 McNair, a frequent GOP donor, mailed the $10,000 check to opponents earlier this week, according to Campaign for Houston spokesman Jared Woodfill. He said the donation “was very exciting for us.” Critics of the law, largely Christian conservatives, object to the non-discrimination protections it extends to gay and transgender residents — the law also lists 13 other protected groups. Supporters of the ordinance, including Mayor Annise Parker, have warned that repealing the law could damage the city’s economy and could jeopardize high-profile events such as Houston’s 2017 Super Bowl. Woodfill pushed back on that notion Wednesday. “The HERO supporters have tried to scare people into believing that we would lose the Super Bowl,” Woodfill said. “Obviously, if there were any truth behind that, Bob McNair wouldn’t’ be donating to the folks that are opposed to the ordinance.”

McNair has owned the Texans since the NFL awarded him the franchise after the former Houston Oilers moved to Tennessee. It will be very interesting to see how NFL reacts to this donation. Early voting in the repeal campaign begins next week. (Tipped by JMG reader James)