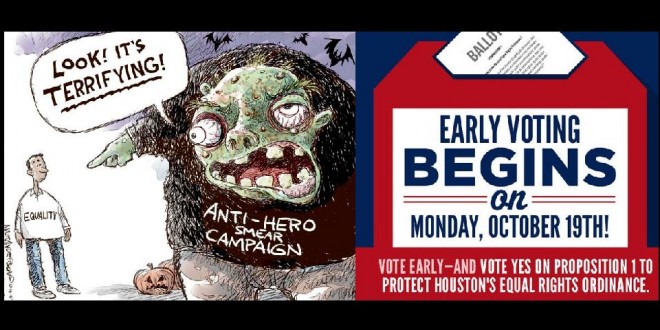 Early voting begins today in the vicious campaign to repeal Houston’s LGBT rights ordinance (HERO) and hate group leaders are flooding Twitter to exhortations to vote against the “bathroom bill.” Mayoral candidate Ben Hall calls himself the “only one who has consistently opposed HERO” and his latest clip is below.