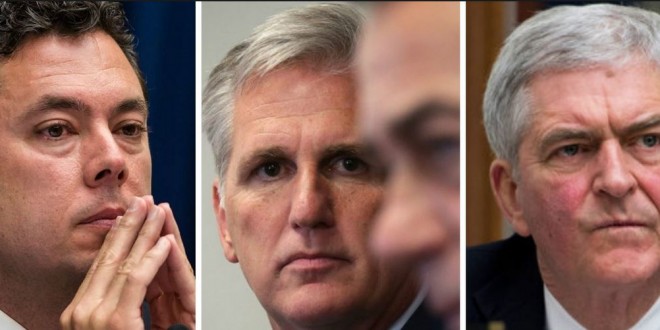 Tomorrow House Republicans will meet behind closed doors to select their nominee to succeed Speaker John Boehner. The full House will vote on October 29th, but observers note that none of the declared candidates, at the moment, likely have the 218 votes needed to win. If no candidate reaches that threshold, Boehner would remain Speaker despite his plan to resign. The Hill reports:

Speaker John Boehner, who plans to leave office a day before Halloween, told a group of Republican colleagues last week he had an awful nightmare. “I had this terrible nightmare last night that I was trying to get out and I couldn’t get out,” the Ohio Republican joked, according to one of his longtime friends, Rep. Tom Cole (R-Okla.). “And a hand came reaching, pulling me.” But Boehner’s nightmare could become reality if House Republicans fail to rally around their nominee for Speaker in a floor vote set for Oct. 29. Boehner’s deputy, Majority Leader Kevin McCarthy (R-Calif.), is expected to win the nomination in a closed-door vote on Thursday. But if he can’t reach 218 votes in the formal floor vote, additional rounds of voting will be held. And if no other GOP candidate for Speaker can secure 218, Boehner would not resign his post as Speaker.

A vote for House Speaker hasn’t gone to multiple ballots since 1923.