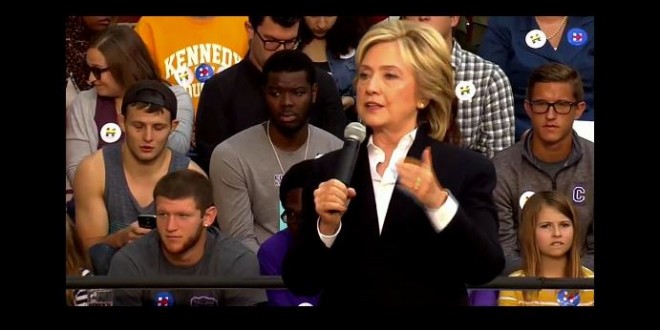 Hillary Clinton: Kim Davis Got What She Deserved

Speaking today at a rally in Mount Vernon, Iowa, Hillary Clinton responded to a question about Kim Davis by saying, “I think what happened to Kim Davis was the right thing. She violated the law, and therefore she was arrested. I actually think that she was treated as she should have been treated. You either enforce the law or you resign. People are totally entitled to their private, personal beliefs, religious or otherwise, but when you take an oath to uphold the constitution of the United States, that is your job.” See the video.

Previous WISCONSIN: GOP Bill Would Let Parents Sue Schools If Transgender Students Use The “Wrong” Restroom
Next How To Exploit A Mass Murder