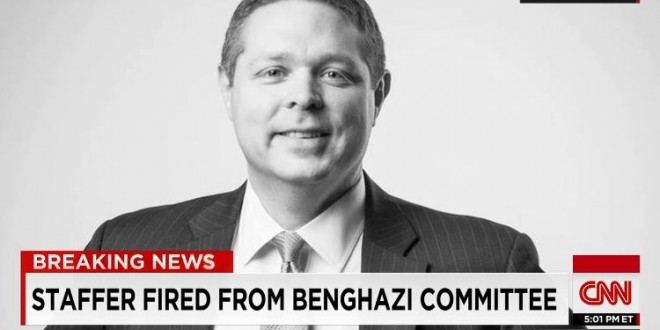 A former investigator with the House Select Committee on Benghazi is accusing the Republican-led panel of carrying out a politically motivated investigation targeting former Secretary of State Hillary Clinton instead of the thorough and objective fact-finding mission it was set up to pursue. Major Bradley Podliska, an intelligence officer in the Air Force Reserve who describes himself as a conservative Republican, told CNN that the committee trained its sights almost exclusively on Clinton after the revelation last March that she used a private email server during her tenure as secretary of state. That new focus flipped a broad-based probe of the attack on the U.S. consulate in Benghazi on September 11, 2012, into what Podliska described as “a partisan investigation.”

Podliska says he plans to sue after being fired for refusing to solely focus his investigation on Clinton.