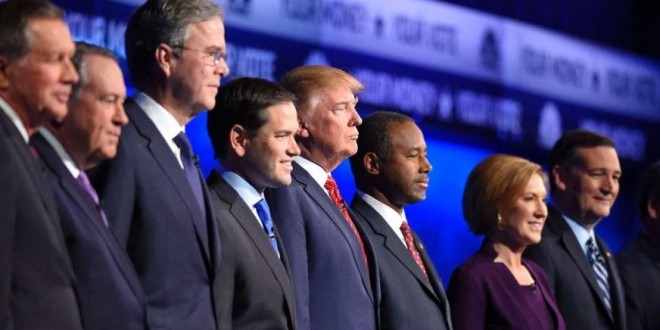 The GOP presidential field is so unhappy with this week’s CNBC debate that they are actually plotting a revolt against their own party. Politico reports:

Republican presidential campaigns are planning to gather in Washington, D.C., on Sunday evening to plot how to alter their party’s messy debate process — and how to remove power from the hands of the Republican National Committee. Not invited to the meeting: Anyone from the RNC, which many candidates have openly criticized in the hours since Wednesday’s CNBC debate in Boulder, Colorado — a chaotic, disorganized affair that was widely panned by political observers.

On Thursday, many of the campaigns told POLITICO that the RNC, which has taken a greater role in the 2016 debate process than in previous election cycles, had failed to take their concerns into account. It was time, top aides to at least half a dozen of the candidates agreed, to begin discussing among themselves how the next debates should be structured and not leave it up to the RNC and television networks. The gathering is being organized by advisers to the campaigns of Donald Trump, Ben Carson, Bobby Jindal and Lindsey Graham, according to multiple sources involved in the planning.

Speaking yesterday in Colorado, Ben Carson decried the “gotcha” questions of the CNBC debate. Because being busted in outright lies on national television is SO UNFAIR.

Previous Pastor: Houston’s Gays Are Pawns Of Satan [VIDEO]
Next BROOKLYN: Hanging With The Gay Foodies