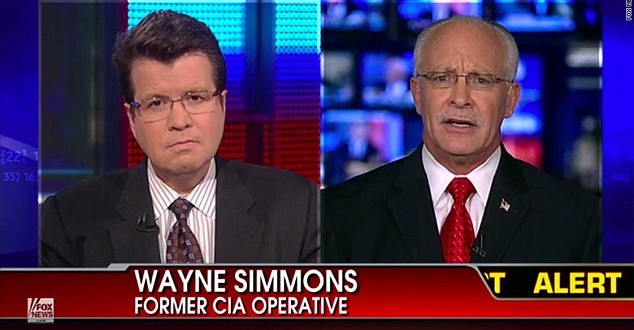 Fox News terrorism analyst Wayne Simmons has been charged with fraud for falsely claiming to be a former CIA agent. Via the Daily Mail:

Simmons, 62, of Annapolis, Maryland, pretended to be an ‘Outside Paramilitary Special Operations Officer’ for the Central Intelligence Agency from 1973 to 2000, the US Attorney’s Office for Virginia’s Eastern District said in a statement released Thursday. Simmons allegedly tried to use that claim to get government security clearances and work as a defense contractor. At one point he was deployed overseas as an intelligence adviser to senior military officers, the statement said. He ended up working for three government contractors — not identified in the indictment — and was paid on the basis of ‘materially false and fraudulent pretenses,’ the indictment said.

Simmons faces charges of major fraud against the United States, wire fraud and making false statements to the government. He has appeared on Fox News, a unit of 21st Century Fox Inc, as a pundit discussing terrorism since 2002 and has a wide presence among conservative groups, a profile on Amazon.com said. As recently as April, Simmons was identified on air on Fox radio as a ‘Fox News contributor.’ In a 2009 Fox News clip, he calls House Minority Leader Nancy Pelosi ‘a pathological liar’ in a segment about CIA interrogation techniques.

Fox News, quite naturally, is downplaying their relationship with Simmons. (Tipped by JMG reader David)

Previous Bernie Sanders Rejects Donation From Pharma Douche Martin Shkreli, Gives Money To AIDS Charity
Next MAP: Who Is Out On Facebook