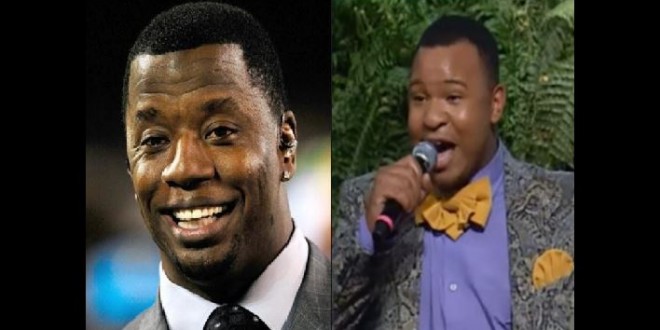 Former NFL Star Kordell Stewart: I’m Not Gay And I Never Dated The “I’m Not Gay No More” Guy

Former Pittsburgh Steelers quarterback Kordell Stewart says that he’s not gay and has never dated Andrew Caldwell, the infamous “I’m not gay no more” guy – despite such claims by Caldwell, who is apparently NOT not gay no more. TMZ Sports reports:

The rumors started when Caldwell went on a radio show last week and proclaimed the two were in a secret relationship … and Stewart bought him everything from purses to expensive cars. But Stewart tells TMZ Sports … Caldwell is simply delusional — “I don’t know the guy. I’ve never heard of him.” “There’s no room in my personality for that lifestyle. It’s not what I believe in. I’m a heterosexual man.” As our friends at BSO pointed out, Caldwell shot to cyber-fame last year when he denounced his homosexuality onstage at a St. Louis church — saying, “I’m not gay no more. I am delivered. I don’t like mens no more. I like women. Women, women, women, women!” Stewart says he believes Caldwell has defamed him — but when asked if he plans to sue, the ex-Pittsburgh Steelers star says he’s not sure yet.

In 2011 Stewart married a Real Housewives Of Atlanta cast member in a ceremony that was, of course, carried on another reality show, Platinum Weddings. Stewart filed for divorce 18 months later.