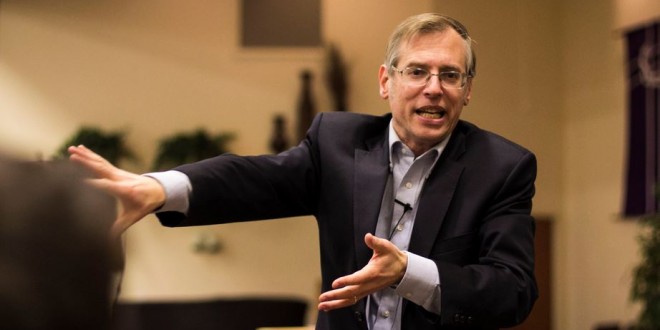 Ted Cruz, Bobby Jindal, and Mike Huckabee are all scheduled to speak at an Iowa event organized by Pastor Kevin Swanson, who regularly calls for a return to the “biblical punishment” for homosexuality. Right Wing Watch points us to the press release:

Over 1,600 Christians around the country are gathering for a National Religious Liberties Conference, Freedom 2015, November 6th-7th at the Iowa Events Center. The conference speakers and attendees will celebrate the freedoms God has bestowed on our country, encourage those who have been persecuted or those who may experience persecution in the future and develop strategies for defending religious liberties for Christian business owners, teachers, evangelists, chaplains, employees and churches. The conference is sponsored by over a dozen evangelical organizations including American Family Association, Liberty Institute, Samaritan Ministries and Generations.

Right Wing Watch has compiled some of Swanson’s more outrageous statements, some of which have appeared here on JMG.  People For The American Way, the parent of Right Wing Watch, has issued a formal call for GOP candidates to cancel their speeches:

“We already knew that the Republican Party opposed LGBT rights and women’s equality, but this is taking things to a new level,” said People For the American Way President Michael Keegan. “We can respectfully disagree on matters of public policy, but someone who supports gay people being put to death should have no place in our public discourse, much less be sharing the stage with a major party’s presidential candidates.” “If Cruz, Huckabee and Jindal are serious about wanting to hold the nation’s highest office,” Keegan said, “they should back out of this conference and denounce the extremism of its organizer.”