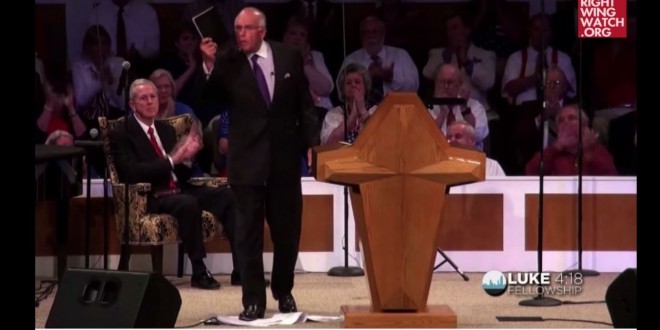 Vision America recently posted a new promotional video celebrating the organization’s work mobilizing pastors for the purpose of getting their congregations more involved in politics, which featured footage of Rick Scarborough literally throwing a copy of the Supreme Court’s gay marriage decision to the ground and stepping on it while vowing never to disobey the Bible. The video was presumably produced to be shown during the organization’s recent “Heroes of Faith” gala as it was clearly aimed at encouraging donors to continue to fund Vision America’s efforts by highlighting Scarborough’s various speaking engagements, including one where he was shown grandstanding on the gay marriage decision.