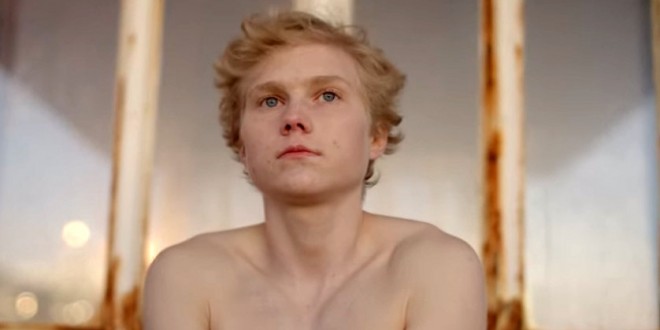 Openly gay 2002 British Pop Idol winner Will Young tackles trans identity in his new single Brave Man, the video for which follows a real life transgender man as he stumbles forlorn and naked through the streets of London. Young explains:

“It seems extremely brave to be a man in a woman’s body and then decide to do something about this. As I thought more about it I realised that there is often coverage of what it is to be a woman in a man’s body but never to my knowledge the documenting of the opposite. Almost a perverted kind of patriarchy. In this video we see a man determined to be himself in the face of all adversity from inside and outside. It isn’t brave but my God it shows true grit and strength. What a wonderful thing. This video is about taking a moment in time to explore a section of society who stand up for themselves.”

RELATED: Young has scored four #1 albums on the British chart, including his latest which features Brave Man. On the British singles chart Young has landed eleven singles in the Top Ten, including four that reached #1.

Previous REPORT: Jim Webb To Drop Out Of Democratic Race, Might Run As An Independent Candidate
Next GLAAD & Elizabeth Taylor AIDS Foundation Issue Celebrity-Filled PSA: Let’s Finish What We Started