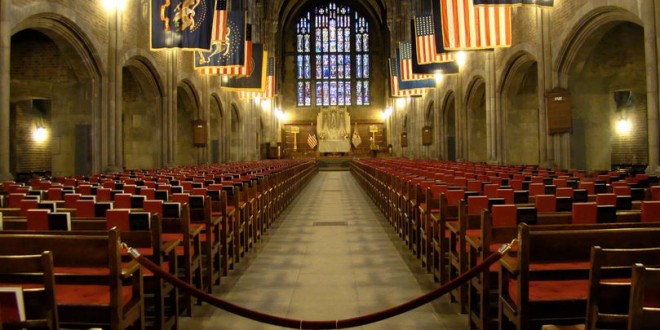 You might recall this case from 2013 when Todd Starnes and Tony Perkins were first wailing about it. Religion Clause reports:

In Wilson v. James, the D.C. federal district court dismissed RFRA, 1st and 5th Amendment and various other challenges by an enlisted member of the Utah Air National Guard to letters of reprimand he received for his opposition to a same-sex wedding ceremony held at West Point’s chapel. After reading about the wedding ceremony, Layne Wilson, a Mormon, sent an e-mail using his military account to a major whom he believed to be the chaplain at the U.S. Military Academy, saying in part: “Our base chapels are a place of worship and this [is] a mockery to God and our military core values.” His commander issued a letter of reprimand for this, which led to Wilson to rebuke his commander on Facebook, posting: “You embarrass me, our country, and our unit!!!….” That led to a second letter of reprimand and suspension of Wilson’s security clearance. Wilson sued, bringing, in the court’s words, “a bevy of claims.”

According to the court, the First Amendment does not protect military members who criticize their superiors “outside the chain of command.” NOM is very unhappy about the ruling:

This is another example of how the government acts to punish people of faith who object to same-sex ‘marriage’ and oppose governmental efforts to normalize the behavior. Wilson sued the government, relying on the protections provided under the Religious Liberty Restoration Act (RFRA) but in an unfortunate ruling yesterday from a federal judge, his claim of protection because of religious beliefs was denied. Wilson’s attorney has promised an appeal. This case is the latest in a growing chorus of examples of individuals, small businesses and charities who have been punished for exercising their first amendment rights to oppose the redefinition of marriage and instead stand for the truth of marriage as God designed it — the union of one man and one woman. NOM calls on Congress to move expeditiously to pass the First Amendment Defense Act to protect people from governmental discrimination and retaliation due to their position on marriage.