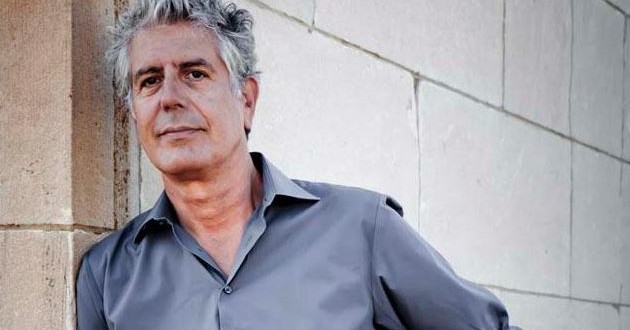 Anthony Bourdain: Every Restaurant In America Would Shut Down Under Trump’s Deportation Plan

Celebrity chef Anthony Bourdain says America’s restaurant industry would shut down if Donald Trump won the 2016 presidential election. Bourdain blasted Trump’s vow to deport illegal immigrants if elected, saying it would leave the nation’s kitchens empty. “If Mr. Trump deports 11 million people or whatever he is talking about right now, every restaurant in America would shut down,” he told host Pete Dominick on Sirius XM’s “Stand Up!” on Wednesday. “Like a lot of other white kids, I rolled out of a prestigious culinary institute and went to work in real restaurants,” Bourdain said.

“Walking into restaurants, the person who had been there the longest and took the time to show me how it was done was always Mexican or Central American,” he added.“[They are] the backbone of the industry.” Bourdain cited his 30 years in the culinary industry and time as a restaurant executive. “Twenty of those years, I was a manager and employer,” he said. “Never in any of those years, not once, did any American-born kid walk into my restaurant and say, ‘I’d like a job as a night porter or a dishwasher or even a prep cook.’”

Previous CALIFORNIA: GOP House Candidate Confesses That She Made Up Death Threats Against Her
Next ROMANIA: Dozens Killed In Bucharest Nightclub Fire Following Rock Concert Pyrotechnics