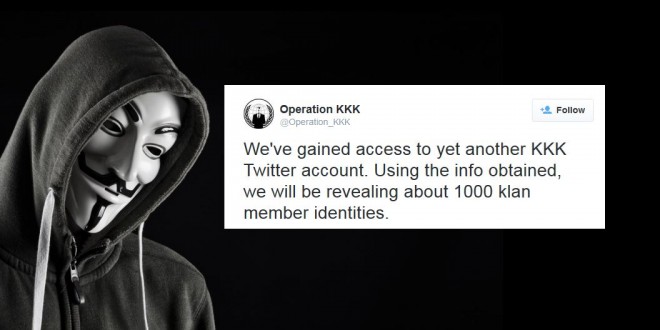 Anonymous says they will reveal the identities of 1000 Ku Klux Klan members on the first anniversary of the Ferguson riots, which began last year on November 24th.

“We are not attacking you because of what you believe in as we fight for freedom of speech,” Anonymous said in a statement released last week. “We are attacking you because of what you do to our brothers and sisters. Due to your actions we will be rearranging Operation KKK. We’ve gained access to yet another one of your KKK Twitter account. Using the info obtained, we will be revealing about 1000 of your klan member identities. The aim of the operation is nothing more than cyber Warfare. Anything you upload will be taken down, anything you use to promote the KKK will be shut down.”