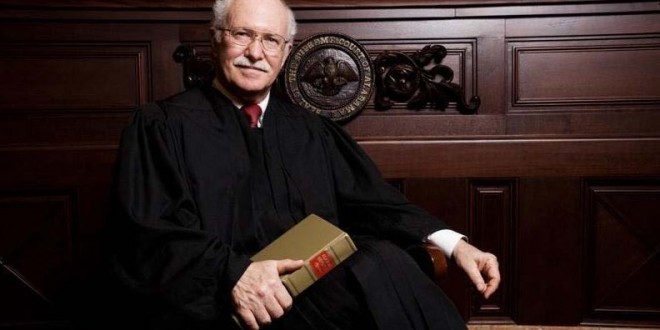 “Tom Parker has a choice: He can be a judge or he can be an advocate, but he can’t be both,” SPLC President Richard Cohen said. “His comments were clearly unethical and driven by his ideological agenda, not his judicial responsibility.” State law bars judges from publicly commenting about pending cases. The SPLC also took issue with Parker agreeing to appear on “Focal Point,” saying Fischer has made denigrating comments about gay men, Muslims and African Americans. “It’s incredible that Tom Parker, a supreme court justice, would lend legitimacy to a bigot like Bryan Fischer by appearing on his show,” Cohen said. On Jan. 28, the SPLC filed a judicial ethics complaint against Justice Roy Moore. They have twice supplemented that complaint, which is still pending. The initial complaint stated Moore was “encouraging lawlessness by attempting to assemble state officials and judges to oppose the federal court system.”

Parker is a former aide to Roy Moore and once worked at Moore’s Foundation For Moral Law, which openly advocates for a Christian theocracy in the United States.