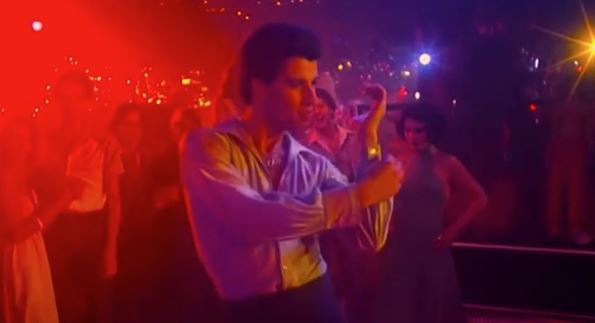 Viral Video Of The Day

How about a mash-up in which characters from more than a dozen movies all meet on the same dance floor? The Nerdist raves:

The entire short film is a genius example of both editing and compositing, and is also a bit of criticism on how in so many Hollywood films with a nightclub scene in it, every one of them is seemingly shot and lit the same, whether it’s on another planet in a galaxy far, far away, or one set firmly in the Disco ’70s. So just who’s partyin’ at Hell’s Clib? We’ve got Anakin and Obi-Wan of course, but also Tom Cruise, as both his character from the movie Cocktail and the movie Collateral (Tom seems a bit freaked out upon seeing his double, I must say.) He’s not the only actor appearing in Club Hell as two different characters” John Travolta appears as both his Saturday Night Fever and Pulp Fiction roles. And then there’s Pinhead from Hellraiser, Arnie as the Terminator, Robocop…the list goes on and on. Wait till the end, and you might even get a cameo from someone in a much anticipated movie that’s not even out yet.