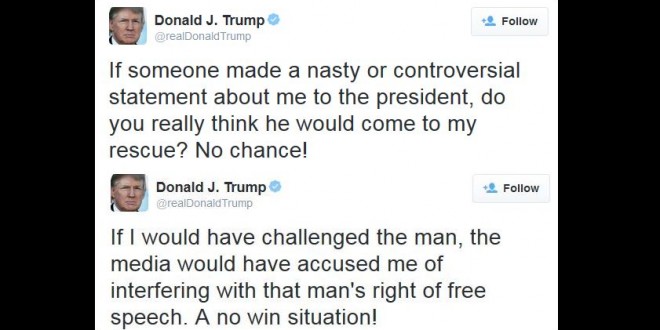 Yesterday Donald Trump flaked on the Heritage Foundation’s GOP candidate symposium in South Carolina, where he would likely have earned applause for not challenging a supporter who earned national headlines by declaring that Obama is a Muslim foreigner. This morning Trump defended himself on Twitter by claiming that HE is the victim. Because of course.