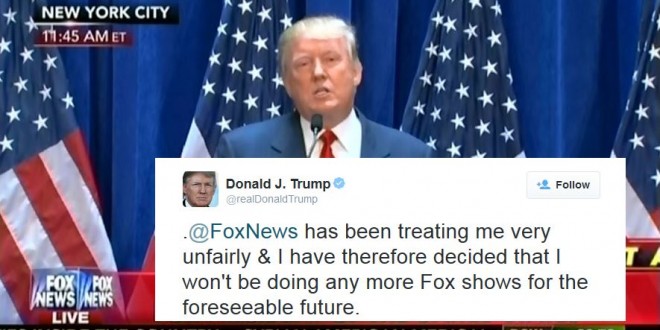 Yesterday Donald Trump called on his supporters to stop watching Fox News and just now he declared that he will not be doing any more interviews there “for the foreseeable future.” Today’s move is just the latest salvo in the long-boiling Teabagistan uncivil war in which far-right sites like Breitbart have sided with Trump against Fox.