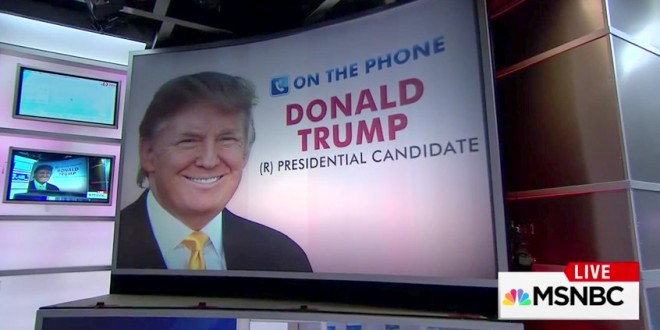 Trump: Kim Davis Should Obey “The Law Of The Land”

Maggie Gallagher whined too soon as this morning Donald Trump addressed the jailing of Kim Davis on MSNBC’s Morning Joe. But she still will be VERY unhappy. Trump:

“Well, look, the decision came down from the Supreme Court, Gene, so I’m a believer on both sides of the picture. I would say the simple answer is let her clerks do it. Now from what I understand, she’s not letting her clerks do it either. The other simple answer is rather than going through this because it’s really a very, very sticky situation, a terrible situation, 30 miles away they have other places. They have many other places where you get licensed. and you have them actually quite nearby. That’s another alternative. I hate to see her being put in jail. I understand what they’re doing. It would be certainly nice if she didn’t do it but other people in her office do it. But from what I understand, she won’t allow other people in her office to do it. You have to go with it. I mean you have to go with it. The decision has been made, and that is the law of the land.”