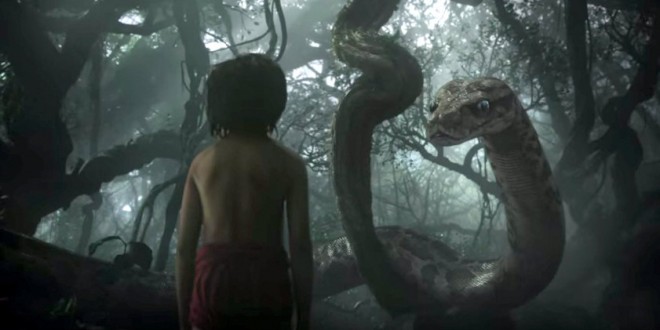 The film is a mix of live-action shots with CGI animals and environments, according to Disney. “The animals and environment are actually photorealistic computer-generate imagery, merged together with performance capture and footage shot of the cast, particularly Neel Sethi, who plays Mowgli,” reports the Verge. In an interview with IGN, Sethi said he and Mowgli share similar characteristics, despite Mowgli having been raised by a pack of wolves. “Me and Mowgli are kind of the same: Stubborn, energetic, and are full of confidence,” the young actor told IGN. Director Jon Favreau and Neel Sethi led a Q&A session on Twitter on Tuesday about the film through the hashtag, #AskJungleBook. The film, based on a collection of classic stories by Rudyard Kipling and directed by Favreau, is scheduled to be released in theaters on April 15, 2016.