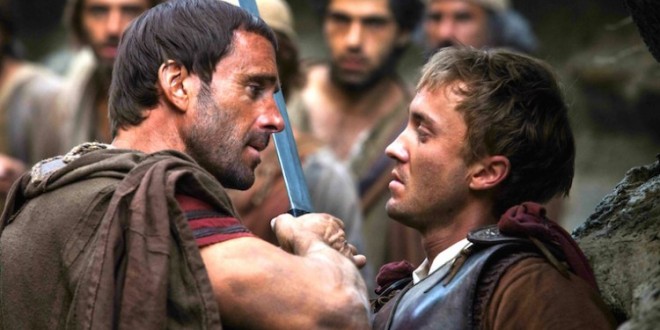 In what must be one of the weirdest trailers we’ve seen in a very long time, Joseph Fiennes goes chasing after the newly resurrected Jesus Christ. What?! So is this some kind of detective story where he’s actually trying to solve that mystery – which is certainly how its presented? Far more likely it’s a faith-based-flick which is all about taking a non believer and converting him, in this case by blinding him with sunlight and making him sit looking at a shroud. There’s no doubt that the faith based audience can be a huge money spinner, just look at the success of The Passion of the Christ back in 2004 and the recent box office achivements of American movie War Room. And the idea of a soldier of Rome becoming wise to the ways of the Lord is certainly the kind of fare which could go down well with those viewers.