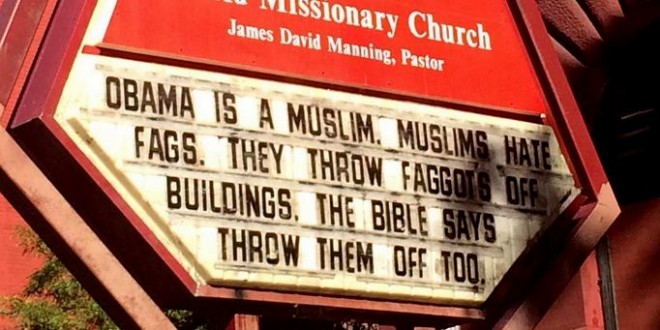 Harlem Against Violence, Homophobia, And Transphobia will hold a candlelight vigil tomorrow at 6:30PM outside the hate church of infamous Pastor James David Manning, whose latest message endorses the murders of gay men by ISIS.  Manning’s billboard violates Manhattan zoning laws but he continues to crow on YouTube that the city has so far failed to force its removal. The Facebook page for tomorrow’s event is here. Manning’s church was recently classified as a hate group by the Southern Poverty Law Center.