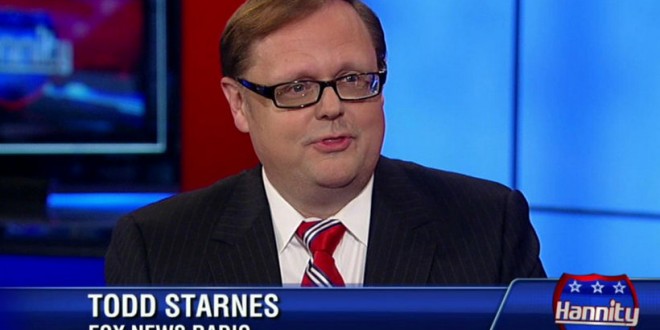 Add Todd Starnes to the list of whackjobs who don’t know that the rainbow Doritos promotion ended last week after selling out in 24 hours. Today Starnes took to Fox radio to declare that he’s boycotting Frito-Lay until they stop donating to a “bunch of Godless sickos who bash Christians.” You know, the sickos trying to end LGBT youth suicides caused by Christians.

Previous Putin Calls Elton: For Real This Time
Next Ben Shapiro: The Pope Is A Traitor On Gay Marriage