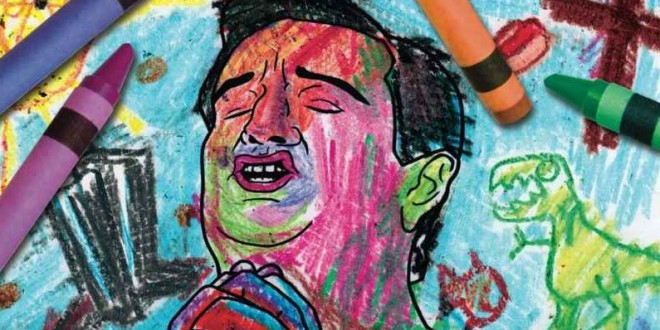 This Is An Actual Thing: Ted Cruz Erotica

His hotel suite met his personal approval rating. His suits hung pristinely in the closet like flat, headless Teds standing single file. The Gideon Bible had been removed from the drawer and placed on the pillow because no Bible deserved to be hidden in a drawer. The scene was very pedestrian. It was Tedestrian. Clean, white sheets hugged the mattress like the palest of sausage skins. He winced. So plain. So blank. He closed his eyes and dreamt of something better than white. Something prismatic. Swatches of color assaulted his imagination. A prism of pride dashed before his tightly clenched eyes. His teeth sparked. His heart pumped ultraviolet. His saliva glands ejaculated; not just with saliva, but with pleasurable pain. Ted’s eyelids lifted to reveal he had fallen back onto the crisp white sheets. A tacky wetness inflicted the front of his trousers. He had come. He was furious with himself for dropping the milk. Ted Time is supposed to happen on *Ted’s* Time! This stallion had lapped him. He’d missed it. Long gone. Yet, he knew the horse could be brought back around the track. He had been there many times before, so he knew he needed to work with it. He needed more than himself.