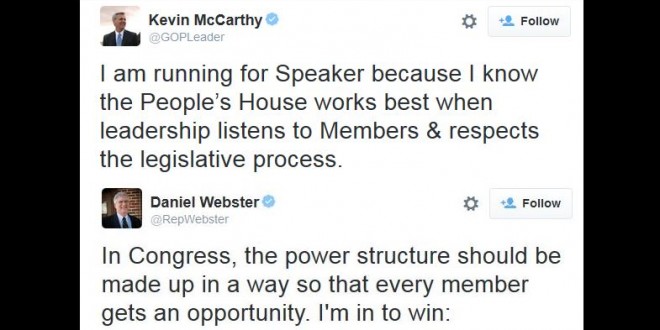 The Battle To Succeed Boehner Has Begun

House Majority Leader Kevin McCarthy today announced his bid to succeed House Speaker John Boehner, who rocked Capitol Hill this weekend with an unexpected announcement to that he will resign from Congress next month. Teabagistan’s preferred candidate, at the moment, is Rep. Daniel Webster, a disciple of bizarre Duggar-affiliated Pastor Bill Gothard, who recently resigned from the Christian institute he founded after accusations that “he sexually harassed and molested several female employees.” Nutjob Louie Gohmert, still cowed by his humiliating bid to unseat Boehner earlier this year, has said that he will not make another attempt. GOP infighting over the next few weeks should prove spectacular.