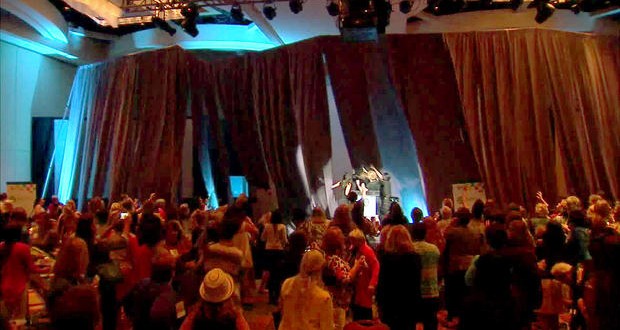 Via the Dallas NBC affiliate:

A curtain backdrop appeared to collapse behind Republican presidential candidate Carly Fiorina as she spoke in a San Antonio campaign event. Several women were seen rushing to shield Fiorina after the bunting and curtain frame crippled, sending frame piping and cloth falling to the ground. After Fiorina returned to the front of the stage, she immediately asked if everyone was okay – then someone yelled “Trump!” “Trump, Hillary, it could have been lots of people,” said Fiorina. There were no reports of injuries.

Previous Clinton On Meet The Press: I Did Evolve On Gay Marriage But Now I’m “Thrilled” It’s The Law [VIDEO]
Next Time Lapse: Supermoon Eclipse [VIDEO]