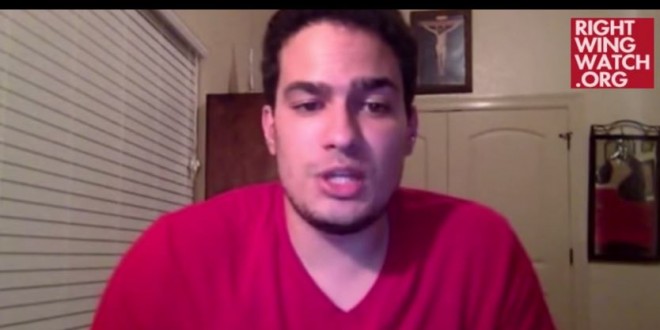 Theodore Shoebat is not particularly fond of gay people. In fact, he has made it quite clear time and again that he thinks that gays need to be forced to submit to Christianity or else be put to death … but that has not stopped him from regularly being interviewed on Christian news programs or being featured in an anti-gay documentary along with several Republican members of Congress and GOP presidential candidates Mike Huckabee and Rand Paul. Naturally, Shoebat was less than pleased with the news that President Obama has nominated Eric Fanning, a gay man, to serve as Secretary of the Army, so he posted a video voicing his displeasure with President Obama’s satanic effort to fill the military with “fags.”

Shoebat is a regular featured columnist on Matt Barber’s BarbWire.

Previous REPORT: I Am Cait Renewed For Second Season
Next A Prayer From Matt Drudge