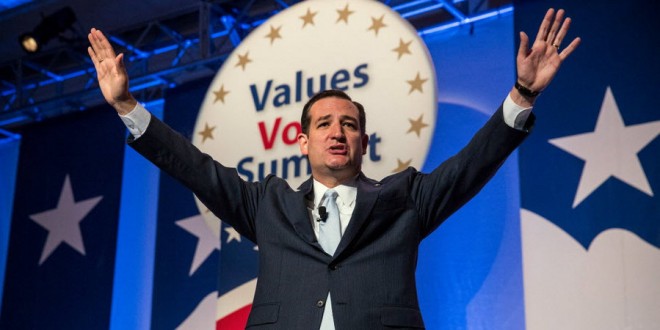 “Today, judicial lawlessness crossed into judicial tyranny. Today, for the first time ever, the government arrested a Christian woman for living according to her faith. This is wrong. This is not America. I stand with Kim Davis. Unequivocally. I stand with every American that the Obama Administration is trying to force to chose between honoring his or her faith or complying with a lawless court opinion. Those who are persecuting Kim Davis believe that Christians should not serve in public office. That is the consequence of their position. Or, if Christians do serve in public office, they must disregard their religious faith–or be sent to jail. Kim Davis should not be in jail. We are a country founded on Judeo-Christian values, founded by those fleeing religious oppression and seeking a land where we could worship God and live according to our faith, without being imprisoned for doing so. I call upon every Believer, every Constitutionalist, every lover of liberty to stand with Kim Davis. Stop the persecution now.” – Ted Cruz, via press release.

Previous BREAKING: At Least Three Rowan County Clerks Dodge Jail And Will Issue Marriage Licenses
UPDATE: Only Davis’ Son Will Not Comply
Next BREAKING: Kim Davis To Remain In Jail