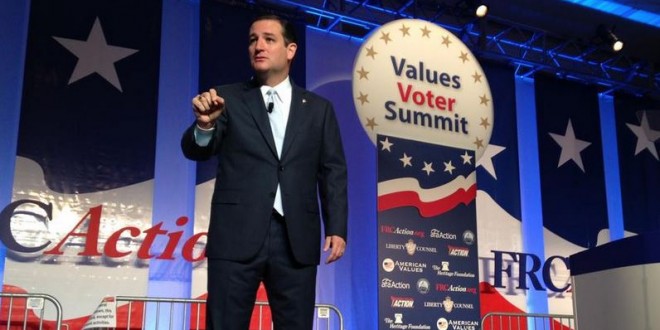 Ted Cruz opened his Values Voter Summit speak today with some lame jokes about Barack Obama and Hillary Clinton before launching into a predictable rant about all the things he’ll do as president, including repealing Obamacare, stopping Common Core, and putting the fear of Christ Himself back into the judiciary. The audience went wild at all of his talking points, prompting Bryan Fischer to tweet his prediction that Cruz will win the event’s presidential straw poll. Below is Cruz’ full speech.