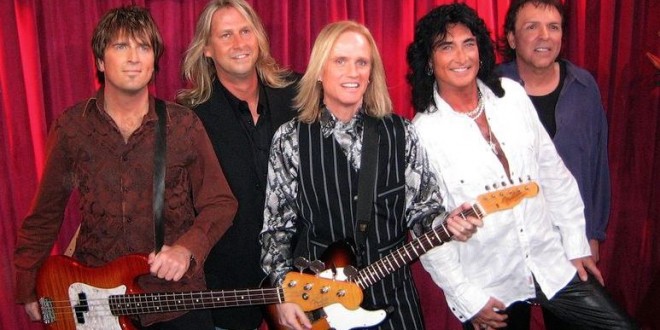 Survivor Band Slams Kim Davis: We Wouldn’t Give Her The Right To Use Charmin, Much Less Our Song

The 80s rock band Survivor is threatening to sue Mike Huckabee and/or Kim Davis for using their smash single Eye Of The Tiger today as Davis exited her Kentucky jailhouse. Billboard reports:

It might be Kim Davis’ favorite hype-up song, but Survivor says it did not grant the embattled Kentucky county clerk the rights to use “Eye of the Tiger” at her get-out-of-jail rally. Davis — who was jailed for refusing to grant marriage licenses to same-sex couples in her state — stood alongside Republican presidential candidate Mike Huckabee at a rally in Grayson, Ky., on Tuesday (Sept. 8) as the Survivor anthem made famous by Rocky III played in the background. For his part, Survivor founding member and “Eye of the Tiger” co-writer Frankie Sullivan made clear on Facebook that he did not support Davis’ crusade. “We did not grant Kim Davis any rights to use ‘My Tune -The Eye Of The Tiger.’ I would not grant her the rights to use Charmin!” he wrote. TMZ is reporting that the group is considering a lawsuit over the use of their song.

After a protracted court battle in 2012 Newt Gingrich paid an undisclosed settlement to Survivor for using the track at his presidential campaign rallies.

RELATED: Eye Of The Tiger has sold over 9.5 million physical and digital copies since its release in 1982, placing it among the top 40 greatest-selling singles of all time.