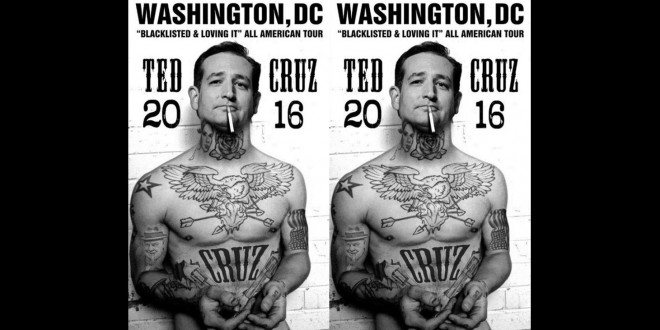 Cruz’s campaign has purchased 200 of the original posters from their designer, the conservative street artist who goes by the name Sabo (other work includes portrayals of Wendy Davis as an “abortion Barbie” and Hillary Clinton as a flying monkey from The Wizard of Oz). They are being sold for $50 each. Unrelatedly, Cruz also has a poster for sale that says “Straight Outta Congress.” So what do we think? Sure, his face still has that greenish pallor and those dead, squinty eyes, but look at the rest of him. Would you tap that?

Jezebel is polling its readers as to whether they’d have sex with THIS Ted Cruz. 74% say no. 18% say “only from behind.” (Via Christian Nightmares)