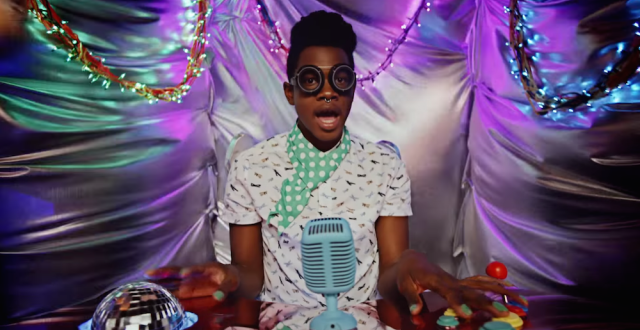 Shamir – In For The Kill

Shamir plays an alien in the new Anthony Sylvester-directed video for “In For The Kill,” which sees him piloting a UFO around our planet and catching the attention of a whole bunch of humans on the ground, drumming up a lot of press coverage in the process. It almost sounds like… woah, it’s like it mirrors Shamir’s meteoric rise to prominence behind his debut album, Ratchet, which was good enough to land itself in the top 10 of our best albums this year so far list. Appropriately, the video ends with an in-pursuit park ranger picking up a Ratchet cassette tape. It’s just as charming, goofy, fun, and inspiring as all of the music Shamir makes.