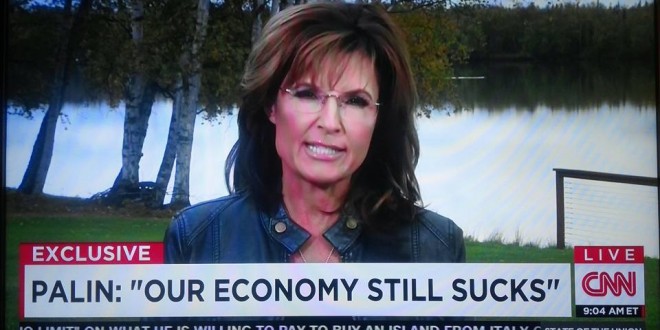 Sarah Palin: I’d Like To Run Trump’s Department Of Energy – So I Could Get Rid Of It [VIDEO]

This morning Sarah Palin self-nominated herself as Secretary of Energy in the Trump administration. Palin says it would be a “short-term job” – because she’d abolish the department and therefore the federal government’s oversight of the energy industry. One of the Department of Energy’s main responsibilities is overseeing the nuclear industry and the disposal of radioactive waste. Which we certainly don’t want the government involved in. That bit is in the first clip and the full interview, which includes Palin’s denouncement of the Denali name change, is below.