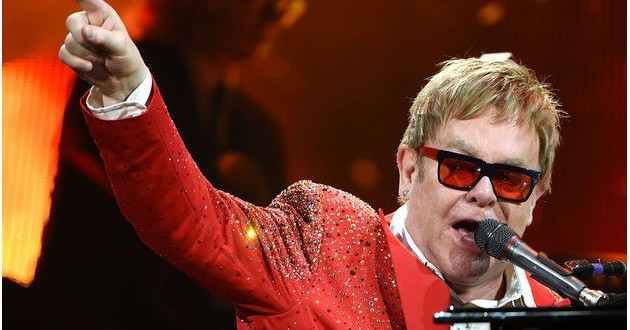 A pair of well-known Russian pranksters today claimed that they were the ones who called Elton John and pretended to be Vladimir Putin. NBC News reports:

Turns out it wasn’t Vladimir Putin on the line after all. Two pranksters claimed credit Wednesday for what musician Elton John apparently thought was a phone call from the Russian president. The singer has criticized Putin’s “ridiculous” record on gay rights and said he wants to meet with Putin to talk about it. On Tuesday, it looked like there was hope: John posted a photo of Putin on Instagram and thanked him for a phone call. But the Kremlin quickly denied there had been any such conversation. On Wednesday, Vladimir Krasnov, a well-known Russian prankster, told NBC News that he and his partner, Alexei Stolyanov, were behind it. They also promised to air the conversation on Russian television and post it on YouTube. The pranking pair have previously targeted former Soviet leader Mikhail Gorbachev and a host of Russian celebrities. Dmitry Peskov, a Kremlin spokesman, said in comments carried by Russian news agencies that the two men should apologize because the prank “was not nice.” He also called John, who played in the Soviet Union in 1979 and still performs regularly in Russia, “a much respected and loved performer over here.”

In an interesting development, the Kremlin spokesman now says that Putin is willing to speak to Elton if he gets a call.