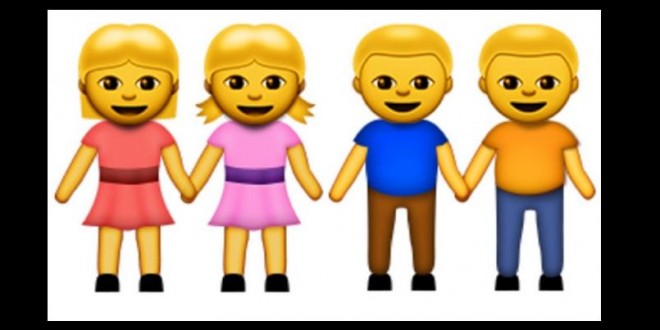 The “administrative case” under controversial laws that prohibit the propagation of homosexual (termed “non-traditional”) relationships to minors, carry fines of between $12,000 and $15,000 if an offender is convicted. The case, brought by police in Russia’s Kirov region 600 miles northeast of Moscow, follows a complaint by a local attorney named Yaroslav Mikhailov, Russian newspaper Gazeta reported. Mikhailov argued that that Apple is violating Russia’s ban on so-called “gay propaganda” in the presence of minors by including the emojis in the iOs 8.3 package. The case, opened last month, is awaiting expert analysis of the cartoon motifs to determine whether they count as “gay propaganda,” the newspaper reported. If found guilty Apple could face a fine of up to $15,000 and — theoretically — federal authorities could suspend its activities throughout Russia, including the use of the emojis in question.

RELATED: This weekend Vladimir Putin declared that reports about Russia’s bad treatment of LGBT citizens are an invention of the Western media.