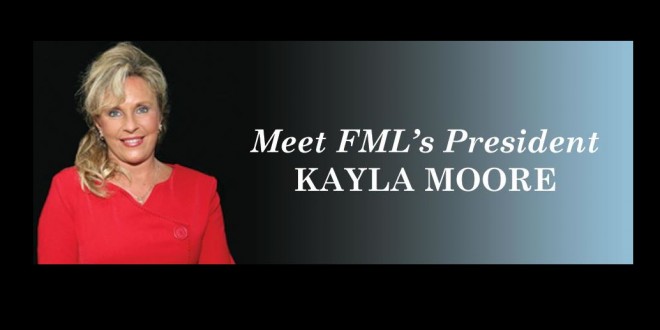 The Foundation For Moral Law, which was founded by Roy Moore and advocates for replacing the US government with a “biblical theocracy,” has issued a press release in support of Kim Davis. They write:

Kim Davis, Clerk of Court in and for Rowan County, Kentucky, holds religious beliefs that conflict with same-sex marriage. She has therefore declared, “under God’s authority,” that she cannot issue licenses for same-sex marriages, even in the face of an order by a federal district court. The U.S. Supreme Court has refused to intervene, so Ms. Davis could face contempt of court charges which could lead to fines or jail time. Foundation President Kayla Moore called Ms. Davis a “woman of exemplary courage who is willing to risk her career to stand for what is right.” Ms. Moore added, “I hope and pray that millions will be inspired to follow her example.” Foundation Senior Counsel John Eidsmoe said, “The reason the Supreme Court’s Obergefell fails to command respect is that it has no basis in the Constitution. Rather, it is simply an edict of five unelected lawyers, two of whom had no business deciding the case because they had themselves performed same-sex marriages. To regain the respect of the American people, the Court needs to interpret the Constitution for what it says rather than what the Justices wish it said.”

RELATED: The Foundation For Moral Law is currently involved in a battle to deny an Alabama gay widower his share of a wrongful death settlement resulting from the death of his husband. In 2011 the above-quoted John Eidsmoe called for Congress to have “ex-gay” torture provided to the US military. That same year he declared that gay service members will molest children. He has also said that all women must submit to their husbands and that the United States must impose biblical laws and punishments or else the nation is doomed. Eidsmoe, NOT incidentally, was Michele Bachmann’s professor at Oral Roberts University.